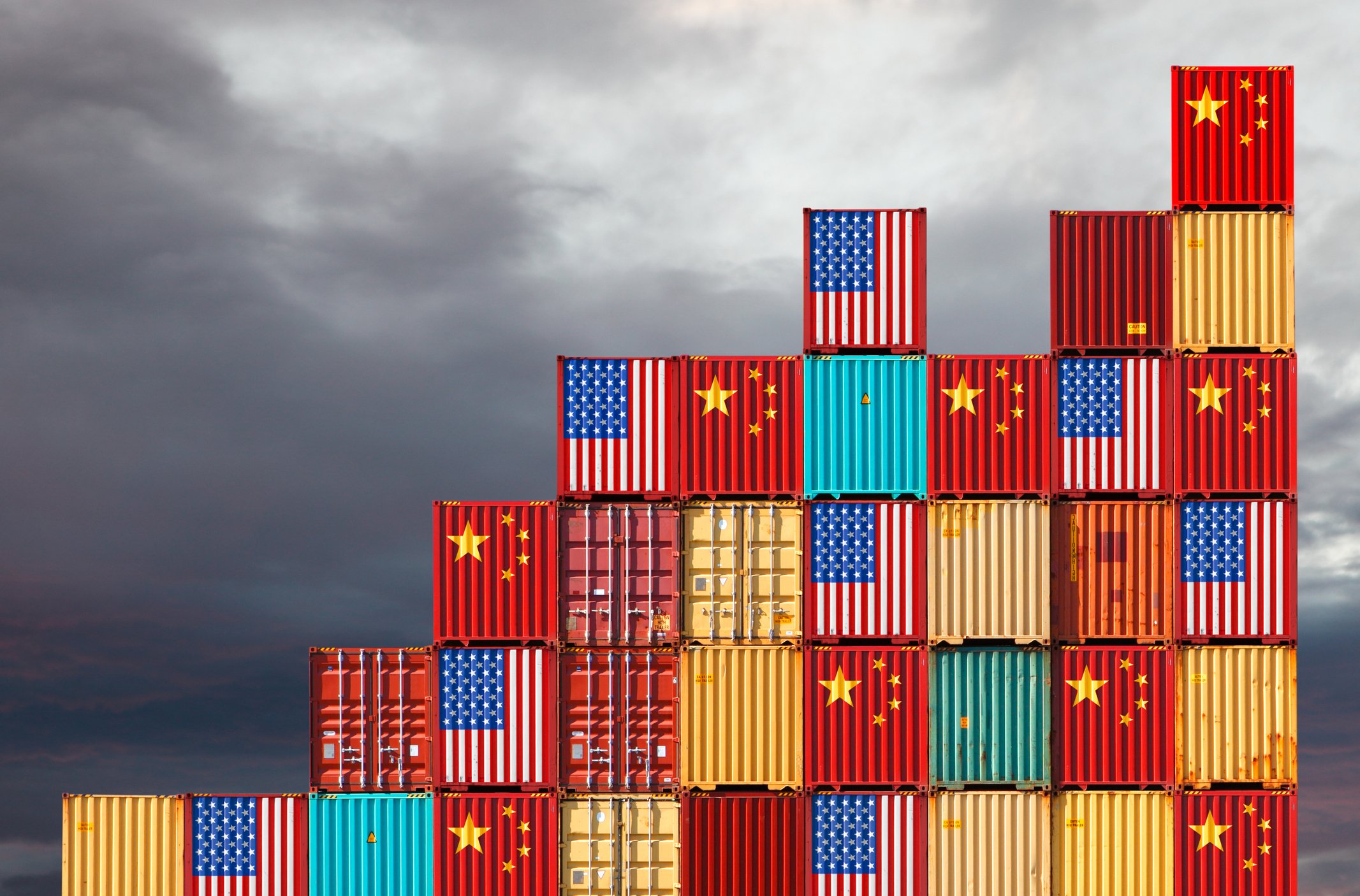 In the wake of trade wars, Russia’s 2022 invasion of Ukraine, technology scuffles, investment, COVID-19, and fractious Winter Olympics, relations between the US and China are more strained than they have been in decades. Amid these and other irritants, the increasingly frosty relationship between the two nations has spawned unprecedented US-China supply chain risk management challenges that businesses need to be aware of in 2022.

The most significant recent development on this front is the passage in December 2021 of the Uyghur Forced Labor Prevention Act (ULFPA). The Act, based on a bipartisan bill, bans imports from China’s Xinjiang Uyghur Autonomous Region (XUAR) unless the importer can prove they were not made using forced labor. The ULFPA sets a substantially higher bar that directly impacts the import of all products derived from goods and services in the region.

The increasingly tense dynamic between two of the world’s economic superpowers requires US businesses to significantly reevaluate how they conduct business and assess their human rights due diligence capabilities. Meeting the challenges of US-China supply chain risk management constitutes “job one” for any business with supply chain exposure in the XUAR now and for the foreseeable future.

Setting the ULFPA in Context

The UFLPA isn’t the first prescriptive US action aimed at addressing alleged abuses in the XUAR. Several Withhold Release Orders (WROs) against certain goods produced by specific companies in the region have been issued by US Customs and Border Protection (CBP), dating back to 2019. Prior to this, state and federal agencies had launched efforts to restrict supply chain abuses in China. The California Transparency in Supply Chains Act (TSCA) of 2010, for example, requires certain large retailers and manufacturers to publicly disclose efforts they are taking to identify and eliminate human trafficking and forced labor in product supply chains.

But ULFPA is by far the most sweeping regulation aimed at China that has been issued by the US. It grew out of numerous, well-documented reports that the Government of the People’s Republic of China has, since at least 2017, arbitrarily detained as many as 1.8 million Uyghurs, Kazakhs, Kyrgyz, and members of other Muslim minority groups in a system of extrajudicial mass internment camps, formal prisons, and detention centers, and has subjected detainees to forced labor, torture, political indoctrination, and other severe human rights abuses.

The UFLPA has domain over the import of all products that are derived from goods or services in the XUAR, requiring companies to take significant affirmative steps to overcome that presumption. The UFLP will require companies to clearly identify US supply chain risk management exposure to the XUAR and, if they exist, reassure regulators that these supply chain links do not involve forced labor.

A Unique Aspect: The Onus of Presumption

Section three of the UFLPA establishes a presumption, which goes into effect 180 days after the UFLPA is enacted, that goods, wares, articles, and merchandise that have been mined, produced, or manufactured wholly or in part in the XUAR have been with forced labor, and therefore may not be imported into the US.

The presumption may be rebutted in one of two ways:

Clearly, ULFPA’s onus of presumption will require that companies seeking to import goods from the XUAR will have to work diligently to establish sustainably sound, verifiable supply chain operations. It is not an overstatement to suggest that the level of oversight and coordination between US businesses and their supply chains operating in the XUAR will be largely unprecedented.

Of course, the development of the ULFPA is not developing in a vacuum. China’s geopolitical machinations are contributing factors to the larger landscape within which ULFPA is being implemented. Among the factors that complicate matters:

In the eyes of China, Taiwan is a renegade province overdue for unification with the mainland. As of now, China has not ruled out using force to accomplish this. The US is at odds with this position and has actively advocated for Beijing and Taiwan to maintain the status quo, particularly since a stable Taiwan Strait is of strategic importance to the US. Whether China becomes emboldened by Russia’s invasion of Ukraine in pursuing its regional agenda remains to be seen.

According to research from the Atlantic Council, a non-partisan think tank founded in 1961 and focused on global political, economic, and security issues, 91 central banks (representing more than 90 percent of the global economy) are exploring Central Bank Digital Currencies (CBDC). According to official estimates, 260 million Chinese citizens have opened digital yuan wallets in the past year — and the financial implications could send shockwaves both domestically and abroad.

Depending on how exactly the ascent of a digital yuan (in China’s case) domestically could alter the dynamics between China’s domestic financial ecosystem and its trading relationship with the US (as well as Europe and other countries), cryptocurrencies may play a decisive role.

China’s persistent campaign of land reclamation while constructing outposts in the Spratly Islands – part of its extralegal assertion of sovereign rights in disputed and international space – has raised the temperature in the region. The resulting tension between China and the Philippines has created a strain on regional diplomacy and could prove disruptive to US business interests in China. IntegrityRisk’s in-depth webinar on Political Risk to Business Operations and Supply Chains in China presents a comprehensive overview of the business climate in China with a focus on supply chains.

The Road Ahead for Supply Chain Compliance

The China supply chain is complex and often opaque to those unfamiliar with its operational and geographic intricacies. Passage of the ULFPA has introduced myriad new challenges for US businesses. Some of the hurdles include: gathering information, more granular than usual, about their supply chains in China; establishing and maintaining awareness of developments on the business and legal fronts in a sprawling, far-flung jurisdiction; and researching alternative supply chain resources in appropriate countries.

US corporations, particularly those without on-shore China presences, will find themselves, initially, at least, relying on the certifications provided by their supply chain partners. This is not a practicable long-term solution. The term “trust but verify,” a Reagan-era trope coined in the face of US-Soviet Union weapons deliberations, may find new life. But verification — particularly where there is no geographic presence — requires a level of due diligence beyond the capacity of the majority of businesses affected by the new regulatory regime.

However they frame it, businesses need to ramp up their emphasis on transparency of US supply chain risk management. Resources and tactics worth considering include:

Additionally, technology (i.e., analytical tools) can be a potent tool in this scenario. Investigating corporate registration records and proprietary databases are certainly in order. Employing manufacturing technology to track garments – IR transmitters embedded in fibers, for example – could play a role in accountability. Additionally, Southeast Asia is emerging as a sometimes compelling alternative to China-based supply chains, at least in the case of certain industries.

Implementation of ULFPA represents a completely new level of supply chain oversight and due diligence, the likes of which US businesses have never encountered. The importance of establishing and operationalizing strategies, tools and resources to meet the challenge is paramount for US companies doing business with China.

From the most basic, foundational diligence work to enhanced, deep-dive research, Integrity Risk solves due diligence challenges through thoughtful, customizable, and calibrated leveraging of our global network, unparalleled subject matter expertise, and smart technology. We are laser-focused, too, on navigating the complexities of conducting thorough human rights due diligence.  Contact us today to learn more about how our services can help your organization navigate the ever-changing compliance landscape.