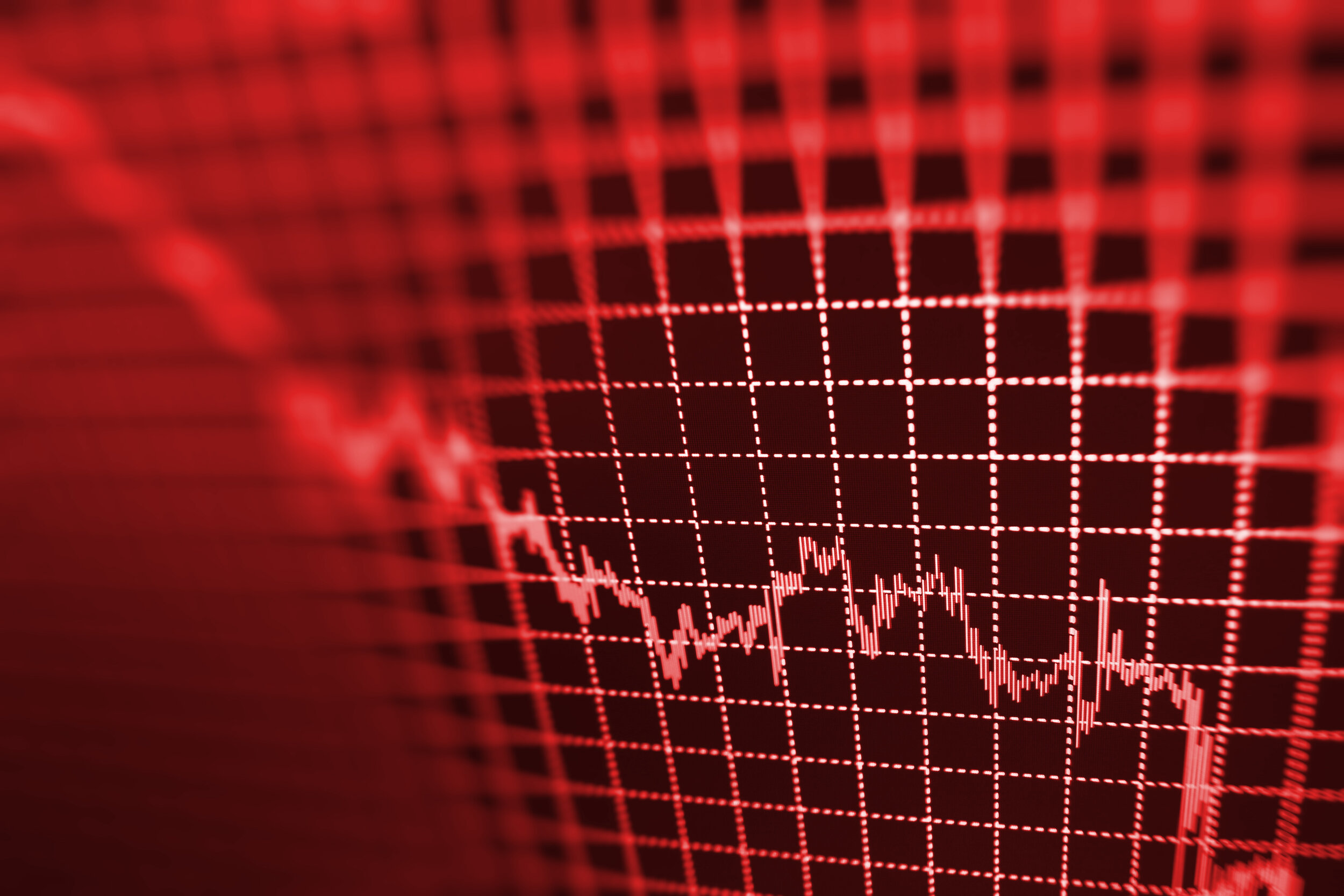 The big short story of recent months is European IT services company Solutions30. And what a story it is: mafia ties, money laundering, geographic locale headings that sound like the latest James Bond film; Carson Block publicly taunting the CEO, anonymous short reports hitting the press, auditors refusing to sign off, trading halts — all leading to a two-thirds drop in stock price during a day of trading.  A bit more detail on the tantalizing drama below; we focus today on a more mundane sounding, though critically important, entry in Solutions30’s long list of sins: related party transactions.

This is the same vice that bedeviled China-based Luckin Coffee, and contributed to the stellar downfall of German fintech darling Wirecard, both within the past two years.  And if Muddy Waters and the Financial Times can do the research to uncover this iniquity after the fact, so should firms prospectively when they evaluate any important corporate relationship.

Luxembourg headquartered outsourcer Solutions30 listed on the Paris stock exchange in 2005, and by December 2020 had seen its stock price rise twenty-one thousand percent. Muddy Waters had been short on the stock since May 2019, while the Financial Times began taking potshots at the company in October 2019. The real crisis arrived for Solutions30 in late 2020 with an anonymous short report, followed quickly by a series of open letters to the CEO from Muddy Waters’ Block (who followed up with a brilliantly titled segment on his Zer0es TV entitled “Cable Guy With Mafia Ties”).  In late May, the company’s primary auditor EY refused to sign off on the annual accounts, stating that it had been unable — stymied by the company itself, it seems — to become satisfied that certain transactions were not made with related parties, including management; lest “certain transactions” fail to impress, EY added that undetected misstatements could result in effects both “material and pervasive.”

To be sure, there are many additional shoes to drop in this story. Block’s allegations are the most titillating, involving multiple ties between the company and its Italian CEO and parties soundly established to be associated with the mafia and money laundering. Whether criminal investigations might follow is anyone’s guess. Furthermore, details of the past year’s transactions that troubled the auditor have not been revealed, but the Financial Times detailed such ties from 2013 and 2014.

Examining everything from corporate records and addresses to TV footage and Twitter accounts, the paper found that the company’s “Italian subsidiary contracted a Romanian company, run by a close affiliate, which then contracted a Tunisian business owned by Solutions30’s chief executive and his sister-in-law.  The Tunisian business…was then transferred to the owner of the same Romanian company almost exactly a year later.”  Should that quote lose you in its complexity, here are the tells:

Solutions30 is defending itself, and to date there is no proof that the related party transactions are either of a scale to be material to the company, or that they were instruments of fraud, embezzlement, or any other illegal or financial statement-affecting activity. But the stock price’s precipitous decline demonstrates our overall point: the mere appearance of impropriety from undisclosed related party arrangements can be fatal, and diligence to discover and disclose them in advance is cheap insurance.

The ground beneath Solutions30’s feet may have been destabilized by other recent, high-profile related party scandals, including the quick collapse and ongoing regulatory angst around Chinese startup Luckin Coffee.  A much simpler tale, Luckin created an entirely separate set of books to paint a picture of exponential growth: in only a few years this fantasy firm quickly opened more stores in China than Starbucks, which has been in China for more than two decades, aided by related party transactions — over $300 million in retail sales created by “selling” bulk vouchers to real and fictitious corporate clients with ties to the company’s chairman and controlling shareholder.

Corporate registry information for a complex web of companies showed overlap in personnel or contact details between Luckin, or the chairman’s other companies, and Luckin’s newfound deep pool of supposed corporate clientele. Remarkably, Luckin then created a fictitious expense column to complete the false books, making payments to suppliers—many also related parties — creating a “loop of transactions that allowed the company to inflate sales and expenses with a relatively small amount of capital that circulated in and out of the company’s accounts” according to sources of the Wall Street Journal.

While the complex web itself might have made detection of the related parties tricky, the fact that the sales connected to those entities appeared overnight and dwarfed Luckin’s existing business should have made unwinding those details a priority — and did for Muddy Waters, which circulated an anonymous report questioning the company’s numbers in January 2020.

Eventual disclosure by the company that 2019 sales had been significantly inflated led to a $180 million dollar settlement of accounting and fraud charges with the SEC, which had jurisdiction since the company’s ADRs were at the time listed on Nasdaq. Muddy Waters’ Block has called for delisting of hundreds of Chinese companies whose books, he maintains, are beyond investigation and enforcement by their US exchanges and regulators.

Subsequent US legislation, passed by Congress in December 2020, requires the SEC to prevent trading by US investors in foreign firms whose audits have not been made available for US regulatory inspection for three consecutive years. Furthermore, accounting standard setter PCAOB proposed a rule to penalize firms that employ a foreign auditor that is not subject to US review.

The precipitous collapse of German fintech Wirecard circa 2019 was based on much more than related party transactions, but they were at play in the payment processor’s stellar — and fraudulent — growth as well.

In 2018, as the company prepared to take over the payment operations of Citigroup in eleven countries, it needed the numbers to support a license request in Hong Kong; an enterprising in-house accountant in Singapore came up with a purely paper-based maneuver he called “round tripping” that used everything up to and including forging documents and faking customers to plug holes and meet expectations. Some of the fake customers were former customers, many out of business by the time they “contracted” for Wirecard’s services; others appeared from company e-mail communications to be under the control of the company’s then COO.

Whistleblowers took things up the chain of command, a top external law firm full of former prosecutors was engaged, and their investigation substantiated much of the alleged activity. Another whistleblower took their report to the Financial Times — along with company communications indicating this wasn’t purely a rogue operation, and that the executive appointed to “get to the bottom of things” was the same COO to whom many of the entities used to create and massage the fake numbers were related.  Just recently, Lithuanian authorities revoked the license of a local fintech that failed to supervise Wirecard transactions adequately, resulting in a portion of a $100 million loan from Wirecard to a subsidiary of the Lithuanian fintech instead seemingly being routed to the rogue COO.  To quote a board member of the Lithuanian Central Bank, a takeaway from the case was “not to trust any related parties.”

These recent corporate debacles and short seller victories illustrate some of the ways in which related party transactions can bite — from the reputational damage associated with a perceived conflict, as is the case to date with Solutions30, to the basis for enterprise-sized fraud represented by Luckin Coffee and, in part, Wirecard.

As with all diligence, the search will have to be risk-weighted; but if Muddy Waters finds it worth the time and focus, it’s got to make the list. It might just save you from sleeping with the fishes, professionally speaking.